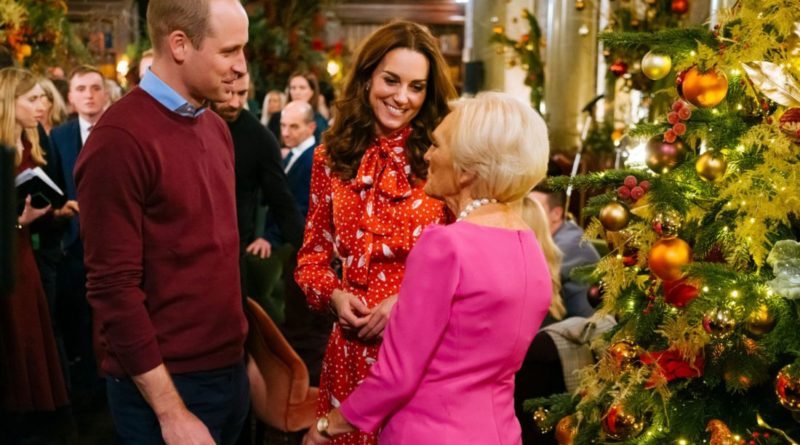 With the start of the holiday season, all those home-chefs will have their hands full with cooking for the holidays. Especially if you are a mother of three children, George, Charlotte And Louis, such as Kate Middleton, who is known for her love of the art of cooking.

In preparation for the holiday season, BBC brought together celebrity cook Mary Berry and Prince William and Kate for a one-hour Christmas cooking special which aired on the 16th of December. There are lots of sweet moments between the royal couple in the special, as well as bonding between Kate and Merry, with Kate explaining how she does most of the cooking at home. Here are just a few dishes she loves making, and it seems George, Charlotte and Louis enjoy it as well.

Kate is also trying to teach her two oldest, Prince George and Princess Charlotte, to cook, with her saying earlier this year that she has been teaching them how to prepare pasta. This happened during a visit of the Duchess to a primary school to raise awareness around mental health in children while talking with the youngsters.

She said: “Charlotte loves olives” and told pupils she frequently gets her two eldest children to cook with her.

Speaking afterwards, chief executive of the Ivy Learning Trust Matthew Kleiner-Mann said: “She was telling us how much her children love cooking and how they cook for her.

“They made cheesy pasta the other day.

“One stirs the flour, one puts the milk and butter in, and they make salads and stuff.

“Food is important to her and she understands the links between mental health and physical exercise.”

I mean who doesn’t? In the special, titled A Berry Royal Christmas, Kate shared that she had recently made pizza with her little ones.

“One of the last things we cooked together, was your pizza dough!

“With your pizza dough recipe and it did work!”

Asked by Ms Berry whether the youngsters loved her take on pizza, Kate answered: “They loved it, absolutely loved it.”

Kate is known for her heavy campaigning for a healthy lifestyle, encouraging going outdoors and eating healthier, as well as getting children back in touch with nature. At the start of the year, she took part in the Chelsea Flower Show, co-designing her own wilderness garden which encourages children to play outdoors.

The Duchess also practices what she preaches, applying her philosophy with her own children and growing their own vegetables in the garden at home.

During the special Kate and Mary discuss this, with the Duchess revealing that they grow carrots, beans and beetroot. She also said that her homegrown vegetables are a hit among her three children, especially with little Prince Louis.

Any kind of cake really. Kate also revealed that when it comes to birthdays, she is usually the one to make the cake for the occasion in her household and is one of her favourite things to make.

She told Mary Berry: “I love making the cake

“It’s become a bit of a tradition that I sort of stay up until midnight with ridiculous amounts of cake mix and icing, I make far too much, but I love it.”

While it seems that Kate is the boss in charge in the kitchen, she also noted that Prince William is also quite skilled at cooking.

Kate said: “In university days he used to cook all sorts of meals”

“I think that’s when he was trying to impress me, Mary! Things like Bolognese sauce, and things like that.”

READ NEXT: George And Charlotte Will Reportedly Attend Their First Royal Christmas Church Service This Year