The documentary was filmed at Wolferton Marshes, a favourite spot of the Prince in Sandringham, and in it he says: “Seeing my children, seeing the passion in their eyes and the love for being outdoors… They find a bug or they love watching how bees are forming the honey.

“George particularly, if he’s not outdoors he’s quite like a caged animal. He needs to get outside.”

The Prince also touched upon his family’s longstanding commitment to protecting the environment, saying: “My grandfather, my father has been in the conservation, the environmental work for many years.

He continues: “I thought about that the other day and I, I just thought, you know three generations of the same family saying the same thing.  When will we see the action that everyone so desperately needs and wants?”

Oxford Films has been following the Prince at work in the UK as well as overseas since 2018, gathering footage for the documentary titled Prince William: A Planet For Us All. While on a visit to Liverpool, he met with schoolchildren, laughing along as they showed him a bug hotel that they had named “Buckingham Palace” and as they asked questions about his family.

“Is Princess Charlotte cheekier than Prince George?” the Prince was asked by a girl called Daisy.

“No they’re about as cheeky as each other,” the Duke replied. “They’re very cheeky.”

Another of the pupils, Poppy, asked: “Has Prince George learnt (sic) you the floss?”

“No, Charlotte can floss,” says William. “She can already floss at four. Yeah, you don’t want to see me floss. Catherine can floss but I can’t. It’s, it’s like a really horrible film to watch me floss.”

He also talked about the younger generation’s concern about the natural world: “It’s important that their energy inspires the rest of us in positions that can do something, to do something. I certainly don’t want them to worry and have to, to fix it all. But we should be harnessing their energy and their passion for fixing this and helping them do that.”

While on visit in Tanzania, also in 2018, the Prince met with three-year-old Pacha, telling her: “You look like trouble, you’re just like my little Charlotte.”

On this trip, the Prince talked about how becoming a father and fatherhood itself has added a sense of urgency to his conservation work.

“I think you realise a lot more when you become a father,” he says. “I was quite a happy-go-lucky young guy, enjoyed parties and then all of a sudden you go ‘Well hang on a second, there’s a little person here. I’m responsible for that person’. Now I’ve got George, Charlotte and now Louis, in my life. Your outlook does change.

“And that’s why I had to do something, I had to get involved because I really felt that by the time my children were 20, you know 25, at the rate the poaching was at, there may not have been another rhino in the world. And there probably wouldn’t have been many elephants left at all. It really was that urgent and that critical.”

One highlight is when William and Kate returned for a cleanup job at Newborough Beach in Anglesey, the island where they lived as newlyweds.

“A couple of bays around the corner where we were, over there, was really bad,” says the Duke. “Huge great tubs of fishing kit. Polystyrene boxes, all that sort of stuff, washing up.”

“When we used to clear it, it’s amazing how quickly it came back,” says the Duchess.

The Prince looked very disappointed as he was picking up the thrash and ran into scraps of a balloon, commenting: “I give my children such a talking to about balloons.”

Trying to light up the mood Kate pointed at some mussels, joking to the children: “These are William’s favourite.”

“What’s that? Mussels, no, no, no,” replies her husband. “Mussels and I don’t see eye to eye together.”

The documentary also followed the royal couple when they visited a melting glacier in the Hindu Kush mountain range in Pakistan, with Kate saying: “Everyone’s asking all of us to protect the environment and what comes first is actually just to care about it in the first place. And you’re not necessarily going to care about it if you don’t know about it and that’s why we thought it was so important to come here.”

“And we’d love to come and show our children, environments like this. You can impress George [laughs] with your geography knowledge,” she teases William.

A frequent collaborator, and one of the most popular environmental activists, David Attenborough, met with the Duke and Duchess of Cambridge in Birkenhead, telling him about how their three children, George, Charlotte and Louis are “massive fans”.

“They watch all your programmes David, honestly,” William tells him. “I’ve got them quite onto the African ones because I’m quite fond of Africa. But they love all the programmes.”

The documentary closes out with Prince William calling for the world to find solutions to Green issues, comparing the world’s approach to saving the natural world to the vast sums being spent in the fight against COVID-19.

“If we can provide the same motivation with the environment we have truly turned a corner,” he says. “We need to build back greener because I think the younger generation will not stand for saying that it’s not possible. It clearly is. As we’ve seen from COVID-19 the world can act when it needs to act. So why won’t it?” 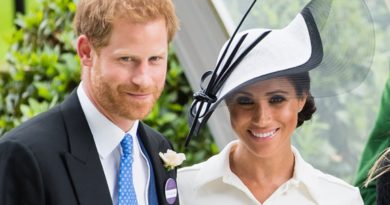