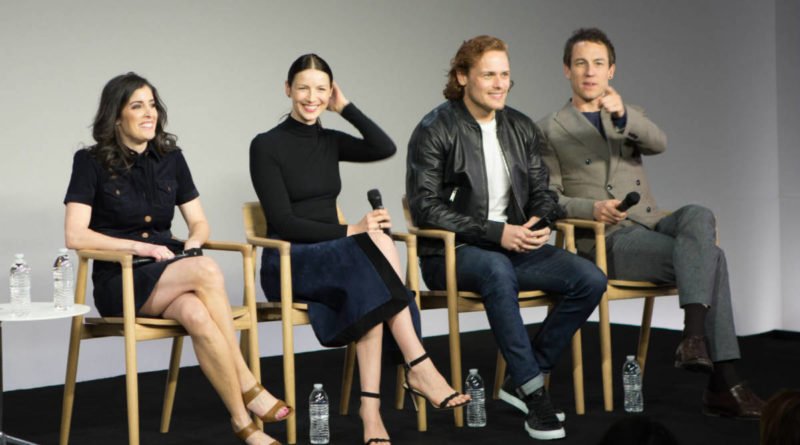 Outlander just cast another important character who will play a part in the scenes in the American Colonies, where Jamie (Sam Heughan) and Claire (Caitriona Balfe) are at the moment.

We have learned that the U.K. actor Colin McFarlane (The Dark Knight) has been cast for the role of Ulysses, the butler of the River Run plantation in North Carolina. As those who have read the books know, Ulysses is a well-educated and musically inclined man who was sold into slavery when he was very young. He is acquired by Hector Cameron and becomes a trusted servant to Hector’s wife, Jocasta, with whom he becomes close. Maria Doyle Kennedy (Orphan Black) has been cast as Jocasta, who is Jamie’s aunt.

Collins movie résumé includes roles in Batman Begins, The Dark Knight and he has also starred in the Starz series Torchwood. He also can be seen next to The Commuter opposite Liam Neeson.

Production of the fourth season, based on the fourth book Drums of Autumn from Gabaldon’s book series, began in October in Scotland. Lauren Lyle and Cesar Domboy will return to reprise those roles as Marsali and Fergus, while Sophie Skelton (Brianna) and Richard Rankin (Roger) will join Balfe and Heughan when the drama comes back in late 2018. Until then, Droughtlander.

The theme of the new season is “home.”

“Over the last three seasons, Jamie and Claire didn’t know where they are going to live,” executive producer Matthew B. Roberts told EW. “They never plant their feet. Now they’re getting to that place that they can call home. But the meaning of home is different for people. That’s what we will dig into in season 4.”

Outlander fans can catch a glimpse of Balfe Sunday when she attends the Golden Globe awards. She’s up for a statue in the drama category!