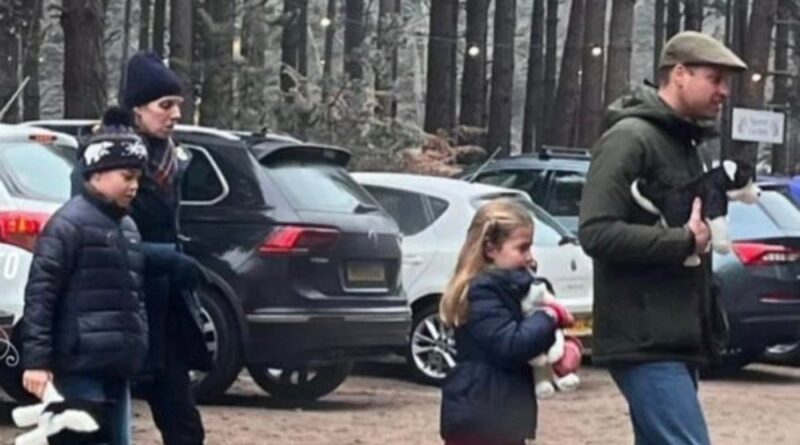 Families seeking to experience the Christmas spirit will find Lapland UK to be the ideal location.

Through the use of reindeer, a toy factory, a lovely forest, and several opportunities to purchase souvenirs, the holiday experience brings Santa’s story to life.

According to HELLO!, Prince George and Princess Charlotte were seen carrying their own stuffed animals after visiting the toy factory.

THE WALES FAMILY were seen looking low-key at the Christmas-themed park Lapland, UK.

[William was also seen with a toy under his arm that likely belonged to Prince Louis.

It comes as the Waleses were with the other royals at Sandringham with other royals on Christmas Day.] https://t.co/ocXZSiERpA pic.twitter.com/WJh6rMKuwb

William was also seen carrying a toy, that most likely belongs to Prince Louis under his arm.

William wore blue pants and a khaki flap cap, while Kate blended in an all-black, including a turtleneck sweater and a bobble hat.

The Waleses spent outing comes as they spent Christmas with many other royals at Sandringham this year.

As is tradition, Prince William and Princess Kate, accompanied by their three children, attended the Christmas walk Day service in Sandringham with the rest of the royal family.

This year was home of another first, as King Charles led the family to church for the first time, with him hosting this year’s Christmas at Sandringham following the death of the previous monarch, Queen Elizabeth, in September.

Charles was at the front of the line with his wife, Camilla, right beside him, while Prince William, Kate and their three children followed closely behind. Other royals that made an appearance at the service included the likes of Zara and Mike Tindall, Edward and Sophie Wessex with Lady Louise Windsor and James, Viscount Severn, and Princess Beatrice, her husband EdoardoMapelliMozzi and his son Wolfie.

READ NEXT: Kate Reveals One Struggle She Has With Princess Charlotte